Most people have no idea what is involved in the steps between clicking “Print” and retrieving their fresh, toasty print-out from their printer.

Hey, that’s okay. It’s probably not your job to understand these things – it’s ours.

However, you might find the following information interesting and even useful when using our San Antonio laser toner and printer drums.

Laser Toner is Made of Solid Particles

That’s right, the beautiful text and images on your printout aren’t made with any “inky” materials. Laser toner is in fact comprised mainly of granulated plastic.

Early laser toner was comprised mainly of carbon powder and iron oxide, but later on people began melt-mixing the carbon with a polymer (resulting in higher quality printouts).

Today you’ll find most laser toner, including our laser toner in San Antonio, consists mainly of:

Electrophotography (Xerography) Has Been Around Since the Late 1930’s 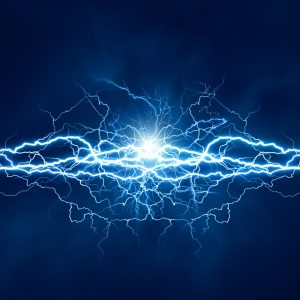 This is the technological forerunner of modern laser printing. 1938 saw the first image to be created via an electrophotography device. However, the technology wasn’t ready for commercialization until 1950.

So, what is electrophotography? In a nutshell, EP uses electrostatic charge to fuse toner to paper.

Since opposites attract and likes repel, this process could be done in the reverse – with negative charges on the printer drum attracting positive toner to then be fused to a negatively charged piece of paper – and the outcome would still be the same.

In fact, all positive and negative charges in the universe could be reversed and nothing would fundamentally change, but that’s a topic for an entirely different (and much longer) blog post.

Not only does our San Antonio laser toner have a much longer shelf life than ink, you can most likely expect it to produce high quality printouts years past its official expiration date.

Most laser toner comes with a “best by” date, but it usually has a much longer unadvertised shelf life. After all, there’s no liquid in laser toner – it’s plastic (and some other materials). 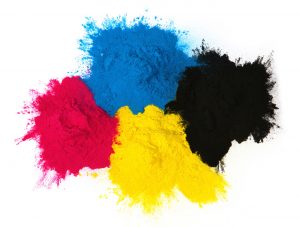 The potential for skin irritation from laser toner is very low according to EPA testing of laser toner from January 1987 to December 1988.

Eye irritation is a factor if laser toner gets in your eyes, but then again, what foreign material won’t cause that?

The important thing to remember here is that there are no cases of permanent eye damage as a result of laser toner exposure to the eyes.

What about respiratory problems? Good news here as well. Lab rats exposed to toner dust at 10 and 30 times the levels common during the manufacturing process showed no ill effects. Then the scientists got mean and exposed them to 50 times manufacturing process levels. The result? Minor increases in lung density. The takeaway? Even if some ungodly event resulted in massive amounts of our San Antonio laser toner to cloud the air in your office, the problem would be classified as a “nuisance”, rather than a “hazard”.

Our San Antonio printer drums and laser toner are the ideal products for large-scale printing. If you run a business or university, you can expect high quality products and efficient delivery from Laser Toner World.